(This score was previously self-published by Earle Brown. It is available as facsimile print from Edition Peters as of 2007.)

“Actually, I just discovered it in my manuscripts, one day. It is written for four pianos. We did a concert for multiple pianos, in the early days, and I think I must have written it for that particular concert. But I never finished it, and I forgot about it. When David Arden said he wanted to record the complete piano works, it occurred to me that it was a very viable piece, and that he could make a version for the piano. What David has done is quite remarkable: he begins by playing Piano I through. Then he repeats it, this time adding Piano II, then he adds Piano III, then Piano IV. By now, he is playing all four parts with only two hands! He then reverses the process, ending up with Piano I alone. I think it works really well!” 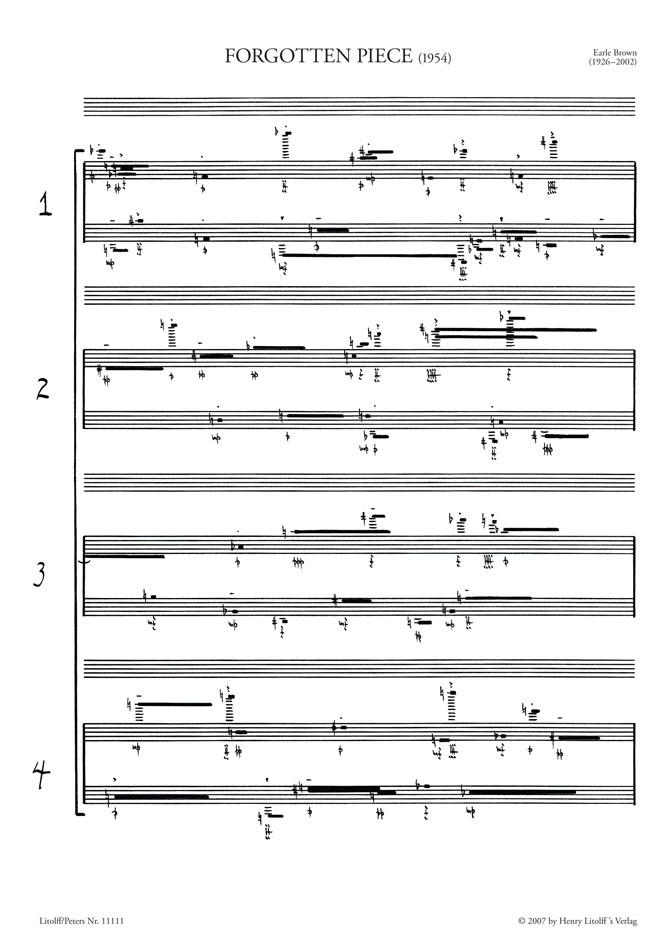