MODULES I & II were composed in 1965-66 on commission from the Orchestre National of the O.R.T.F. Paris. As in AVAILABLE FORMS II (premiered at the Venice Biennale in 1962) the work is scored for one large orchestra under the direction of two conductors. I consider it to be a single orchestral event made up of two simultaneous planes of sonic activity. All of the sounds are composed in each score but the two conductors may superimpose the sounds and modify their durations and loudness in spontaneous relation to one another during performance. It is an immediate collaborative activity resulting in different formal and poetic configurations in each performance, while the basic character of the work is maintained. These are the first of a series of modules for different instrumentations, any two or more of which may be performed simultaneously.

As I have frequently commented, the graphic, mobile and open-form works that I have written since 1952 were originally inspired by the visual art work of Alexander Calder and Jackson Pollock. I continue to believe very much in the interrelatedness of all the arts and these first two MODULES were very much influenced by recent American ;aintin gand sculpture by artists such as Frank Stella, Al Held, Elsworth Kelly and Bob Morris; a kind of art called, “minimal.” The chord structures are mathematically constructed and related, as in some Schillinger techniques, but the dominant poetic image is one of simple, powerful, intense sonic structures which relate, transform and surge through time without the pressure of rhetorical purpose or anxiety, a simple orchestral event.

MODULE II may be performed independently or simultaneously with either MODULE I or MODULE III. Any two MODULES will not exceed the instrumentation or a normal large orchestra. There must be a conductor for each MODULE being performed. 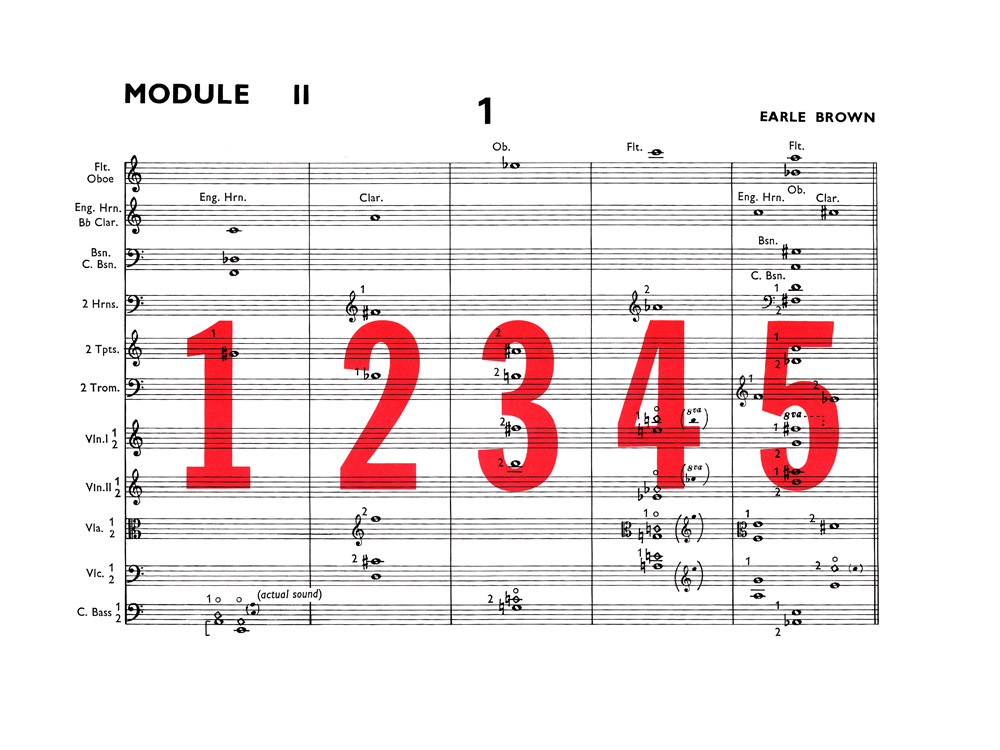