NEW PIECE is related to the “Modules” series for large orchestra but is texturally much more simple. Each of four groups of instruments is orchestrated on a single interval: 5ths, octaves, minor 9ths, and 10ths. The conductor may combine, shape and form them in various ways, as in “Modules” – a simple sonic event.
—Earle Brown

performed by The Ritsos Project 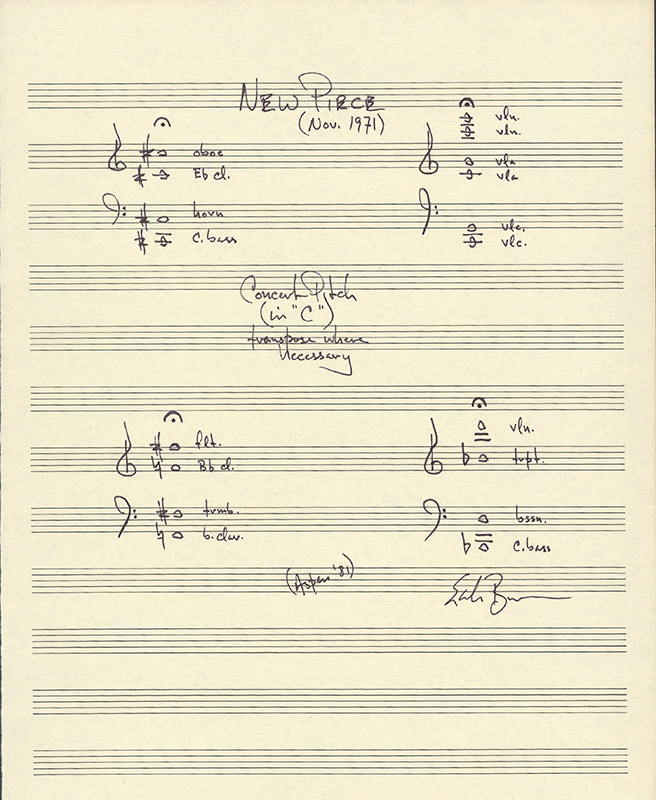