This work was composed and “realized” (assembled by splicing and synchronizing exactly to the specifications of the score) within the “Project for Music for Magnetic Tape” in late 1952 and the early part of 1953. The first performance was at the University of Illinois Arts Festival in March 1953. The work is for eight separate channels of sound to be heard through eight independent sound sources spaced equidistantly (360 degrees) around the audience.

The compositional technique used in “OCTET I” is based on statistical procedures applied almost exclusively to horizontal and vertical attack density; a concept very much influenced by my studies (and teaching) of Schillinger techniques. The “library” of sounds from which the “Project” drew its sound materials contained very long tapes categorized as “city sounds”, “country sounds,” “electronic sounds,” “instrumental sounds,” etc. in frequently very identifiable form. In preferring to make a work that would be highly “abstract” and non-referential in character I worked out a “program” which would allow only very brief fragments of these sources to appear in complex density patterns and sequences that would obscure their “natural” origins; to have them exist as “sheer sound.”

As a by-product of the making of previous works in the “project” there were many bits and pieces of tapes in a box of “out-takes,” the sound content of which was unknown. It occurred to me that there could be a way of using them compositionally that did not depend upon their actual content, which already included complex varieties of pitch, timbre and dynamics.

The “program” was a kind of repertoire of durational and attack densities which were generated and distributed by the use of “Random Sampling Tables,” (tables of random numbers used in statistical research) to which I applied “bias potentials” in order to achieve varying densities rather than a uniform distribution. The “duration and attack density program” controlled the rhythm and “clustering” of these bits and pieces and resulted in a kind of statistically structured “mosaic” (kaleidoscopic abstraction) of the library of sounds.

Commissioned by “Project for Music for Magnetic Tape” 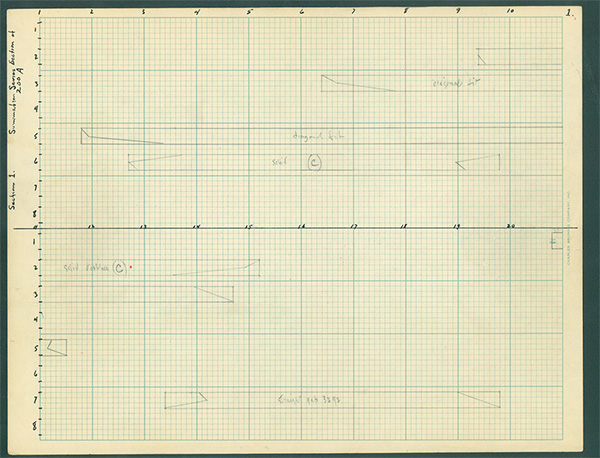 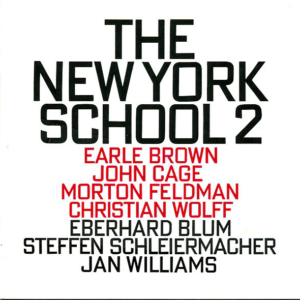