Among other things, the SMALL PIECES seem to confirm the fact that I am a “sound” rather than a “literary” composer; any poetry that I admire enough to think of as a text I admire too much to change the natural rhythm and pitch inflection that it has when it is simply read. These “texts,” therefore, are composed of simple vowel sounds, parts of words and vocal “noises”.

Of the three pieces that we will do, the first is on a phonetic text and the pitch is “graphically” indicated as a line-drawing; it begins as a four part, parallel ensemble cluster and becomes a polyphony of 4 independent parts. The second piece is precisely notated as to pitch and time and is basically a rather static study on two “chords” and sonic relationships and interferences between them. The third piece is “open form;” based on 5 different kinds of sound material. With the 4 sections (S.A.T.B.) it gives 20 elements that may be combined and juxtaposed as the conductor(s) wish, resulting in a different form for the piece in each performance. 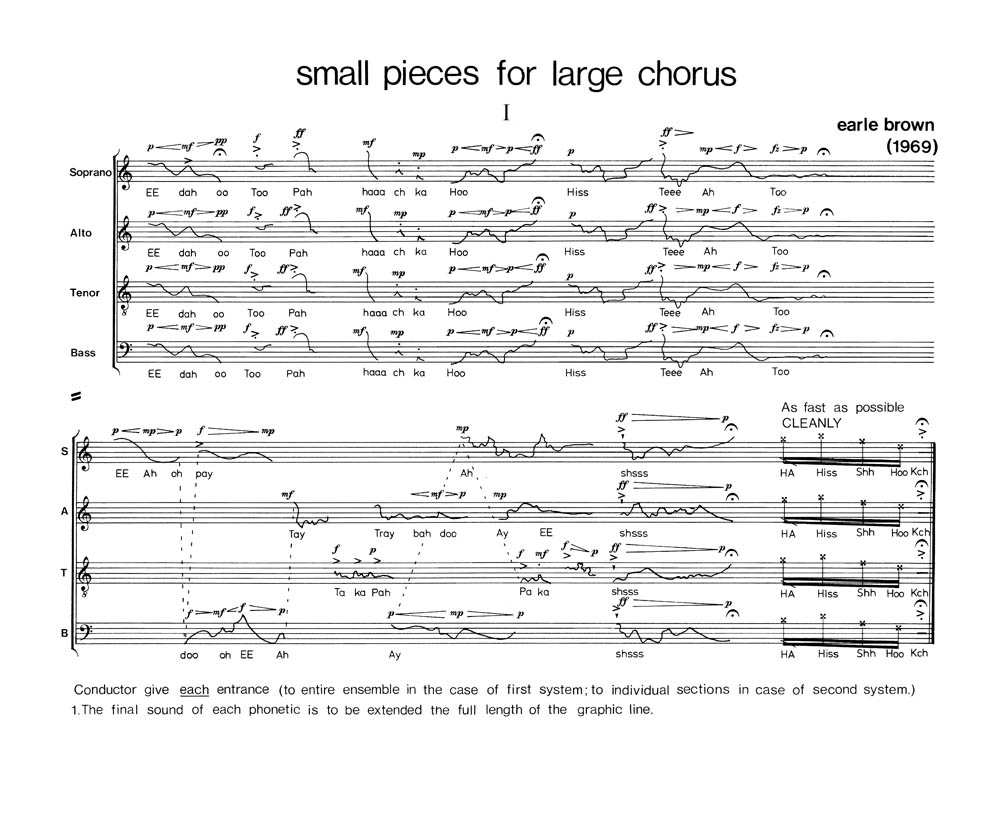 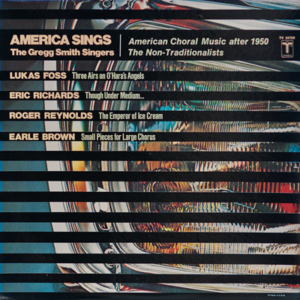