[This score was previously self-published by Earle Brown. It is available in print from Edition Peters as of 2007.]

SPECIAL EVENTS for cello and piano is certainly a continuation of my earlier compositional approach. I usually do a lot of pre-compositional sketching and planning, but in the case of SPECIAL EVENTS I received a commission from the the German American Institute in Heidelberg at the instigation of Dorthea von Albrecht and Christine Olbrich, who had been performing and recording my MUSIC FOR CELLO AND PIANO (1955) and appreciated it very much. So, that is how the commission came about and they are two marvelous musicians.

I was traveling a great deal at this time and writing in hotels and on airplanes in Europe and in the United States. So, I really just composed this new work and very much spontaneously and “off the top of my head: and from a long time of compositional experience.

As of September 2012, a slightly corrected version of the score is available from Edition Peters. View the errata sheet for previous versions. 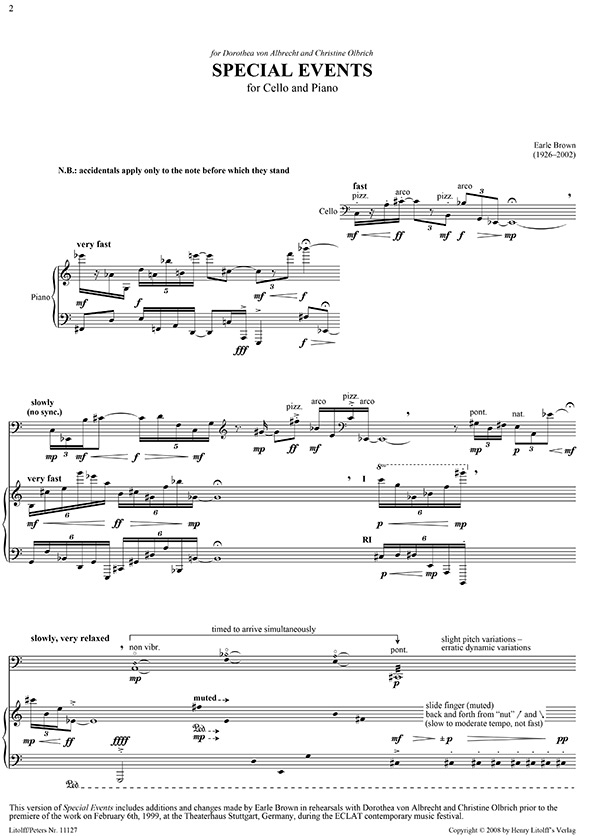