STRING QUARTET is one of several works in which I have attempted to combine the “graphic” and “mobile” — improvisational qualities of the 1952 works (as in FOLIO), and the “composed material, open form” conditions of TWENTY FIVE PAGES (1953) and the AVAILABLE FORMS works of 1961-62. In composing these later works, which use more than one performer without conductor, I have fixed the over-all form but have left areas of flexibility within the inner structures. The works achieve a strong formal identity while maintaining the “performer process” spontaneity and the balance of collaboration between the composition and the performers that are characteristic of the previously mentioned open-form and graphic works.

Commissioned by Suedwestfunk Baden-Baden for the “Donauschinger Musiktage” Festival, Germany. 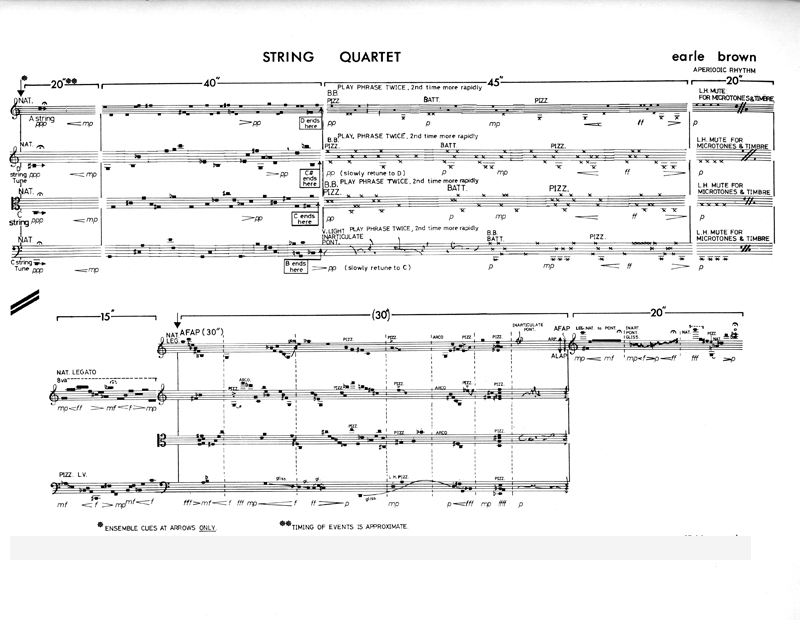 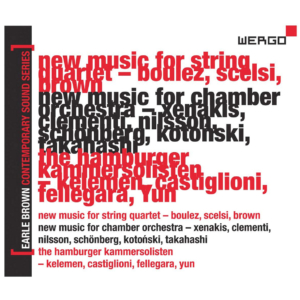 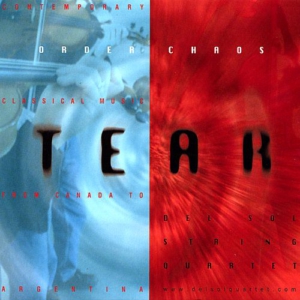 Buy from
Other Minds 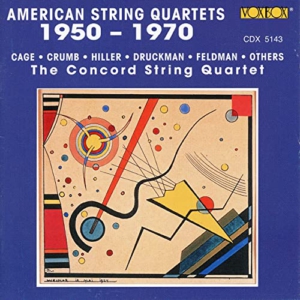 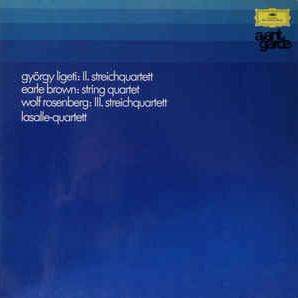