SYNTAGM III is an extension of my early graphic, improvisational scores such as SYNERGY I and DECEMBER 1952 [from FOLIO] in combination with aspects of open-form (TWENTY-FIVE PAGES, 1953), and more recent scores such as SYNERGY II in which I have combined all of these “experimental” scoring and performance techniques. SYNTAGM III is a further attempt to create relevant and responsible aspects of my function as composer, and optimistic attitude toward performance spontaneity…a kind of “programmed environment” of composer-performance collaboration. This is very close to the definition of “synergy” as I worked with the concept in 1952. Recent developments are encouraging, finally.

SYNTAGM III is a closed-form work but with some graphically notated and flexible inner structures. Much of it is strictly notated and even the “graphic” areas are very closely controlled. Some materials from EVENT: SYNERGY II have been collaged into this work. I am interested in a kind of “echo” relationship within and between works. 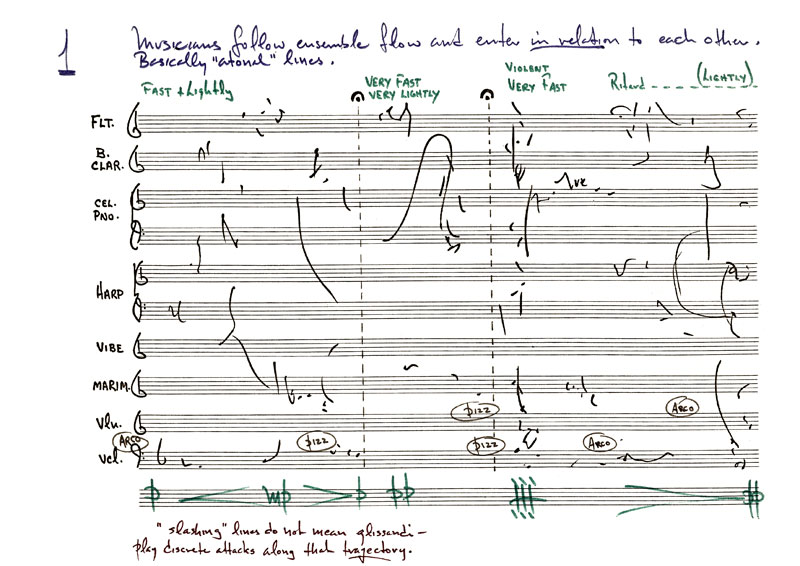