Listen to a stereo mix of the version for six instruments below as used for the US exhibition “SUPERSHOW,” and a stereo mix of the electronic version as used in the Berlin exhibition, “Fuer Augen und Ohren.” These mixes reflect one of many possible random combinations of the six channels in time. 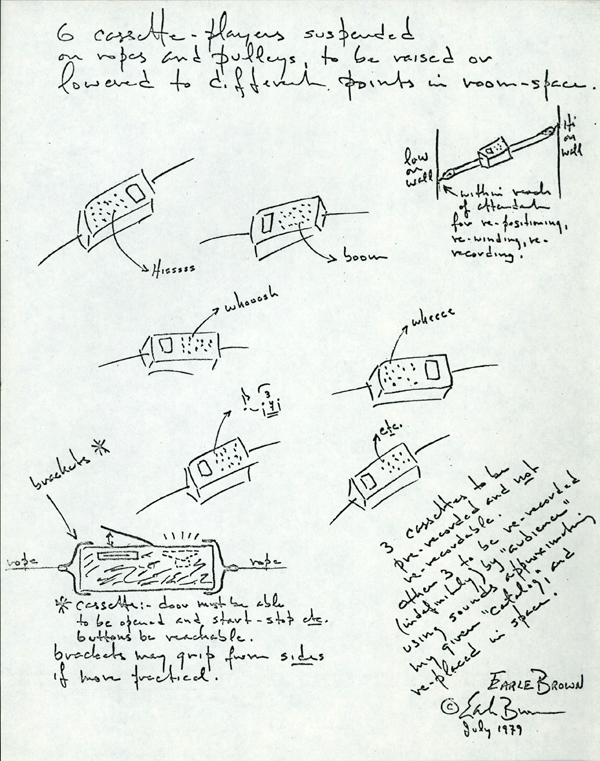